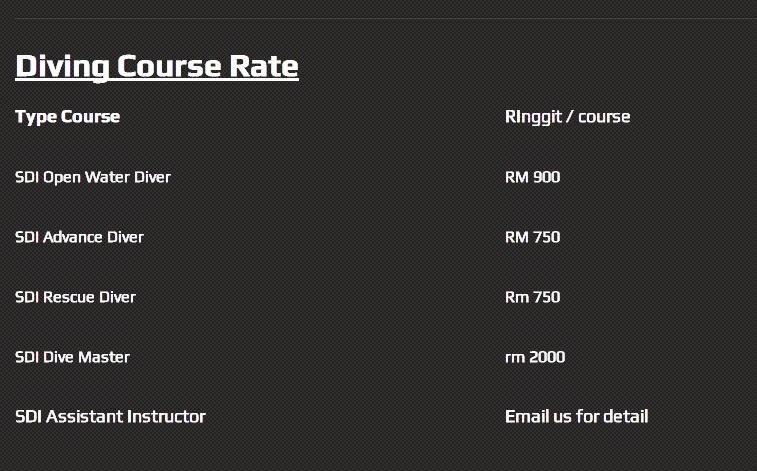 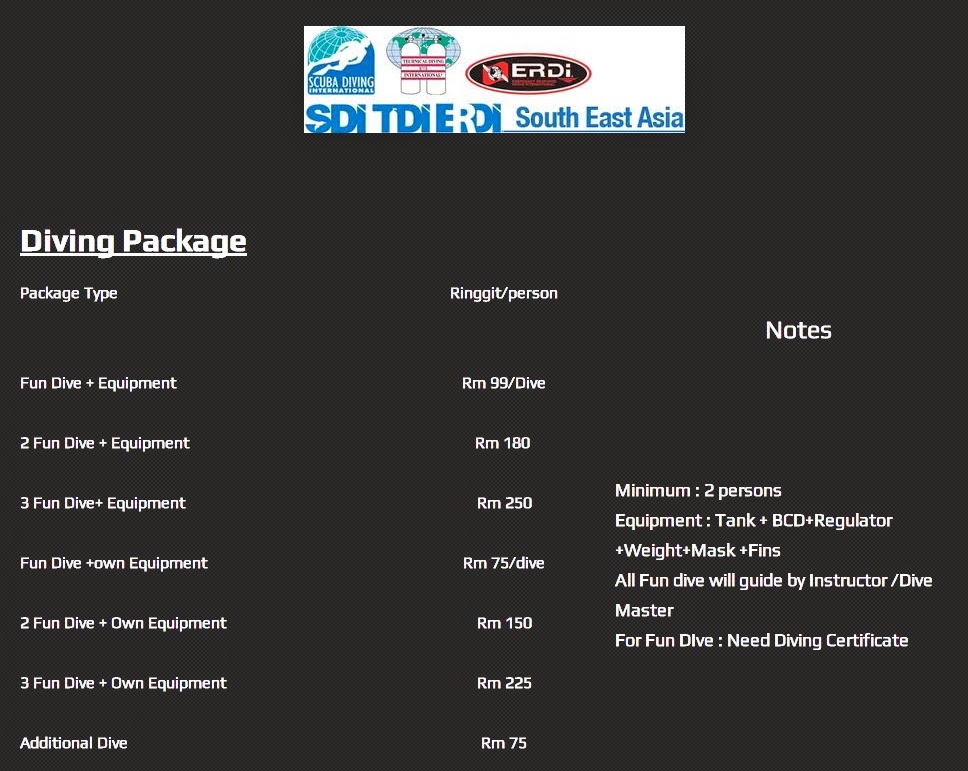 come and like us now at https://www.facebook.com/aquariusredang
we will send you gift voucher instantly
Posted by tornado194 at 20:20 6 comments:


Sidemount diver pushing a cylinder in front
Sidemount is a scuba diving equipment configuration which has diving cylinders mounted alongside the diver, below the shoulders and along the hips, instead of on the back of the diver. It began as a configuration popular with advanced cave divers, as smaller sections of cave can be penetrated and tanks can be changed with greater ease. The same benefits for operating in confined spaces were also recognized by divers who conducted technical wreck diving penetrations.

Flexibility
The sidemount diving approach offers divers significant benefits to the flexibility of their approach. Unlike back-mounted doubles, acquiring and transporting sidemount suitable cylinders is often much more convenient and accessible. Sidemount diving configuration allows the travelling diver to conduct technical and/or overhead environment dives without having to source traditional back-mounted twin cylinders. When diving in remote locations, the transportation of diving cylinders, especially by hand, is considerably less physically taxing.[9][10]

Accessibility
Unlike back-mounted cylinders, the sidemount diver has immediate access to, and observation of, the regulators and tank valves of their cylinders. This enables immediate problem identification and allows swifter resolution, without recourse to ‘behind the head’ shut-down drills that require a higher level of mobility, flexibility and freedom to operate.

Sidemount diving configuration places the cylinders under the diver’s armpits, in line with their body. This decreases water resistance (improving air consumption and reducing fatigue) whilst also allowing the diver to pass through smaller restrictions than would otherwise be possible in back-mounted cylinders. The flexibility to remove tanks, and propel them in front, allows the diver to pass through very small passages and holes when penetration diving – being limited only by the size of their bodies and exposure protection.[11]

Increased accessibility to life-supporting regulators, first-stages and valves improves efficiency and speed of critical cylinder shut-down procedures, allows immediate gas-loss identification and provides the diver with quick access to alternative safety procedures; such as regulator swapping (between cylinders), valve-‘feathering’ to access gas within a cylinder whose regulator is malfunctioned/free-flowing... or even breathing directly from a tank valve.

In addition, stowage of the cylinders next to the diver’s torso, and beneath his armpits, serves to protect vulnerable valves and regulator first-stages from collision, impact and abrasion damage, or accidental shut-down through contact with a ceiling. It also significantly reduces the risk of entanglement behind the diver, where it is least easy to rectify.

Many divers will testify that sidemount diving configuration offers greater stability and easier-to-attain trim and control in the water. It is also less physically tiring to carry, and get into, sidemount equipment than with traditional back-mounted doubles – especially when operating from a small boat or a rough shore entry.[12]

The ability to attach, remove and replace cylinders whilst in the water allows the diver to avoid ever having to carry heavy-weight back-mounted cylinders. This is combined with reduced physical exertion when conducting regulator shut-down procedures, which is a major benefit to technical divers who suffer from shoulder or back discomfort or reduced mobility from old injuries.

Whilst technical divers have always utilized a redundant gas system, either isolated-manifold or independent back-mounted cylinders, recreational divers have traditionally resorted to using ‘pony cylinders’ or ‘ascent bottles’ as contingencies against out-of-air emergencies. Whether attached to the primary cylinder, or slung at the chest, these cylinders often presented problems with stability and streamlining, whilst simultaneously only providing a bare minimum supply of air for emergency ascent.
Sidemount diving with two cylinders helps resolve stability and streamlining issues, and ensures that a truly capable redundant supply of air is maintained.
Technical divers debate the pros and cons of independent cylinders versus isolated-manifold doubles. Back-mounted manifold cylinders provide easy access to complete gas supplies, in the event of a regulator failure and shut-down. However, the manifold itself creates additional o-ring failure points and a failure in that component will deprive the technical diver of, at least, one-half of his remaining gas supply. Independent cylinders, when sidemounted, provide true gas redundancy, whilst offering access (via switching regulators between cylinders or feather breathing[13]) of all remaining gas.
Sidemount for the recreational diver[edit]
The benefits for cave diving and wreck diving with tight penetrations are largely accepted, but they are not so clear for the typical recreational diver.
Most recreational divers rely on their buddy for bailout gas, and do not carry a redundant gas supply. When there is only one cylinder, there is only no need to control several valves. The position of the cylinder valve behind the head has proven to be reasonably safe in millions of dives, though some divers do have physical difficulty reaching the valve while wearing the set, particularly if the cylinder is mounted relatively low on the harness.
In single cylinder diving there is seldom a reason to shut a cylinder valve while diving, and there is no need for changing cylinders or managing different gases. The recreational diver with a single cylinder is not supposed to enter low overhead spaces, so the single valve behind the divers head is unlikely to come into contact with objects which might roll it closed, as the diver tends to avoids situations where the head might impact with obstructions.

Since many recreational divers prefer to swim with their arms crossed in front of the chest, a side mounted cylinder might get in the way. Carrying one cylinder on one side does not increase stability or control, especially when it comes to a rough shore exit and other situations when freedom of movement of the arms is needed.
There are rarely any transportation benefits since the detached transportation of a back mounted cylinder is possible, and carrying the weight on the back is less stress on the spine than carrying it to one side when out of the water. Since backmount equipment designed for travelling is readily available, the weight advantages are unclear.
Posted by tornado194 at 20:00 No comments: