Synanceia is actually a genus of fish on the loved ones Synanceiidae, the Stonefishes, whose members are venomous, unsafe, and in some cases deadly to individuals. It is amongst probably the most venomous fish presently recognized during the planet.[1][2] They are found inside the coastal locations of Indo-Pacific oceans at the same time as off the coast of Florida and in the Caribbean.Synanceia are largely maritime, however some species are recognised to are living in rivers. Its species have powerful neurotoxins secreted from glands on the base of their needle-like dorsal fin spines which adhere up when disturbed or threatened.[3] The vernacular identify with the species, the stonefish, derives from the stonefish's ability to camouflage alone using a gray and mottled colour comparable to the colour of a stone.[4] Swimmers might not recognize them, and may inadvertently move on them, triggering a sting. When the stonefish is disturbed, it could inject an level of venom proportional towards the amount of pressure applied to.Local reaction with swelling, severe pain and redness at puncture site.

Stone fish is the most dangerous venomous fish in the world

Most cause local reaction

•Immerse the affected area in water as hot as is tolerable usually relieves pain from a sting.

•Spines should be removed

•The wound should be scrubbed and irrigated with fresh water. 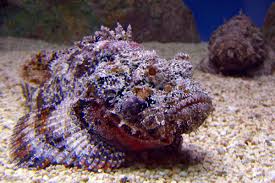 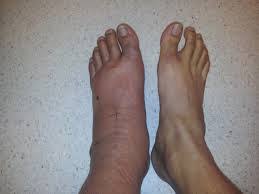 ENT Guidelines for the Medical Examination of Scuba Divers


Hi divers, today i will list out absolute and relative contraindication for Ear problem in Scuba Diving

CONCLUSIONS: Stapedectomy does not appear to increase the risk of inner ear
barotrauma in scuba and sky divers. These activities may be pursued with
relative safety after stapes surgery, provided adequate eustachian tube
function has been established.

Relative Contraindications
Posted by tornado194 at 22:44 No comments: